Some people can just move on, you know. They mourn and cry and then they’re done with it or at least appear to be. But to me, I don’t know. I didn’t want to fix it; I didn’t want to forget it. It wasn’t something that was broken, it was just something that happened. And I’m finding ways, everyday, of working around it. I’m respecting and remembering it, but I’m getting along with my life at the same time.

Only time will determine when and how you’re going to move on. Sure, it might not be right away like you want it to be, but eventually one day you’ll wake up and realize that somewhere along the way, that piercing feeling you’ve always felt inside your chest faded and went away while you were too busy living life to notice.

Do you ever get that feeling where you don’t want to talk to anybody? You don’t want to smile and you don’t want to fake being happy. But at the same time you don’t know exactly what’s wrong either. There isn’t a way to explain it to someone who doesn’t already understand. If you could want anything in the world it would be to be alone. People have stopped being comforting and being along never was. At least when you’re alone no one will constantly ask you what is wrong and there isn’t anyone who won’t take ‘I don’t know’ for an answer. You feel the way you do just because. You hope the feeling will pass soon and that you will be able to be yourself again, but until then all you can do is wait. 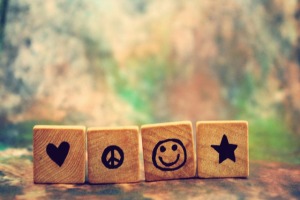